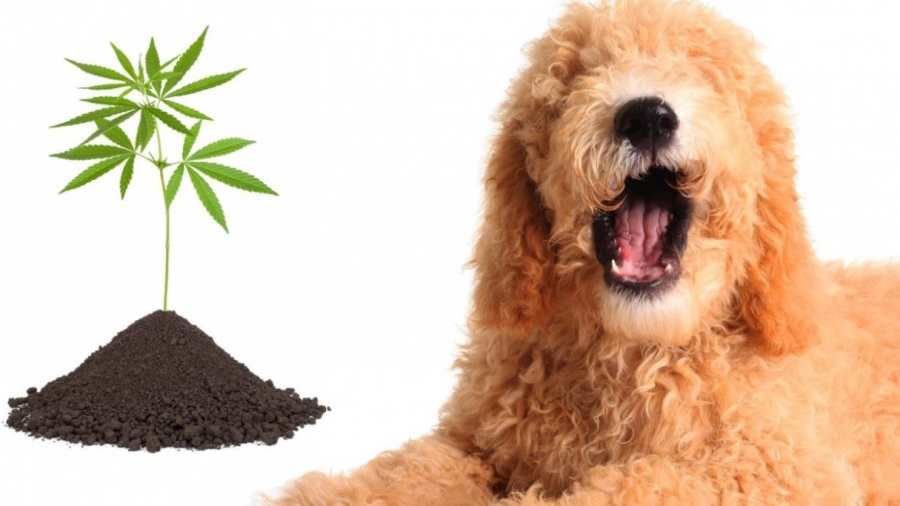 We realize that headline is a bit of a head scratcher. But bear with us as we take you through the world of CBD hemp genetics and that lovely breed of dog.

Hemp and CBD are becoming more and more a part of people’s daily lives. (Yay!) So it is not uncommon to hear and read about the wide variety of strains of hemp and cannabis available. In fact, it seems as if the number of strains is increasing every day. These different strains are given names by their breeders like Elektra, Lifter, Sour Space Candy, and Special Sauce. (I know, pretty creative.)

But it hasn’t always been that way.

In fact, for most of the thousands years of hemp’s history, you won’t find a distinction between hemp and marijuana, much less the different strains of them.

Both hemp and marijuana are both a species of cannabis. Cannabis is part of the Cannaceae family of plants. For thousands of years, cannabis was considered to have only one species–hemp.

As time passed, differences developed between wild and cultivated forms of cannabis. That is when things got confusing. Classifying this plant became less certain. As a result, more specific identification of different species of cannabis came about.

In 1753 Cannabis Sativa was classified as a species by Swedish botanist Carl Linnaeus. Later, scientists came to consider cannabis as including two additional species, Cannabis Indica (1785) and Cannabis Ruderalis (1924).

The Upside Down Family Tree of Cannabis

OK. Science nerds, let’s break down the whole taxonomy of this wonderful plant.

First, the broadest classification which is the Family Cannabaceae

Next down in the family tree we split into three categories, Genus Cannabis Genus Humulus (hops) Genus Celtis (hackberries)

As you can see, hemp and hops (the tasty ingredient in beer) are cousins. Makes sense to me.

That brings us to the three specific species under Cannabis. Yeah, it is a little bit like Game of Thrones, without all of the violence and infighting. Let’s visit these three species.

Species Cannabis Sativa – Sativa strains are large and coarse. They are typically taller (6-12 feet), loosely branched and have long, narrow leaves. They are usually grown outdoors and can reach heights of up to 20 feet.

Beyond the three species of cannabis, there are hybrids. A hybrid has qualities from two or maybe even all three of these species. For example, the Ruderalis is an important species of cannabis because it is auto produces product. This means it will grow regardless of light cycle, unlike the other strains. As a result, this feature of Ruderalis has been crossbred into both Indica and Sativa strains. Sometimes a hybrid is created from two different varieties of the same species.

And there are many, many strains. Strains reflect the chemical content of the plant. In Fusion’s case, we look for strains of high CBD, low THC – at least 20:1. We also look for strains that are hardy and grow well. The strains that we use not only have very high levels of CBD, they also contain smaller quantities of other valuable cannabinoids such as CBC, which appears to fight inflammation and be good for pain and CBG, an antioxidant and anti-inflammatory compound.

This can start to feel a little complex because very few of us are farmers. However, a lot of us own dogs, or know people that do. Using dogs as an example can make this a little easier to understand.

It’s hard to believe that dogs are all part of the same species—Canis lupus familiaris. Ever harder to believe is that they are all descendents of ancient wolves. Yes, even the Chihuahua, carried in the purse of a fashionista, is a direct descendant of the mighty wolf.

It’s hard to imagine, but it is true.

It took thousands of years, but through the magic of genetically engineered breeding, today we have the Poodle, the Basset Hound, and the German Shepherd. And while those breeds have been around for a while, others, like the Goldendoodle and the Alaskan Klee Kai, are new. Depending on which institution you talk to, there are between 202 and 344 breeds of dogs today.

While it is easy to envision the creation of a new breed of dogs through the union of two different breeds, it is more difficult to envision that same phenomenon among plants.

“Hey there poodle mama. How would you like a taste of golden sugar?”

A case of mistaken identity between the different types of cannabis has created quite a lot confusion. There has been so much confusion about hemp vs. marijuana, which contains much higher levels of psychoactive component THC, that the two have been lumped together. In fact, hemp, one of the oldest cultivated plants in the world, was banned in the 1970s when it was lumped with marijuana. At that time, President Nixon declared a “War on Drugs” and signed the Controlled Substances Act of 1970 into law. This law did not differentiate between the different types of cannabis and thus hemp was found guilty for the crimes of a relative. (Not fair at all, Tricky Dick.)

That is kind of like coming to the conclusion that since pitbulls and poodles are both dogs—and pitbulls are dangerous—you have to put your poodle down.

Too bad, so sad fluffy poodle.

Adam Kurtz, co-founder of Fusion CBD, and all around awesome guy, has a “seed thing”, basically an obsession. As a third generation farmer, he is passionate about agriculture and the science of identifying the perfect seed. Because of that, he and his team have taken the time to research and qualify multiple seed breeders. FusionCBD then trials the plants from those seeds a year in advance of providing them to their customers and partner farms.

“We get our seeds from breeders,” said Adam, “grow, and test them. As they are growing, we identify and pull out all of the male plants. We are looking for plants that are CBD dominate, at least 20:1 (CBD:THC). We grow only feminized seeds on the farm and walk the field pulling any males that might show up.”

Not All CBD is Created Equal (Sorry)

One of the things that the CBD industry has had to deal with is the fact that not all CBD products sold online contain the amount of CBD that appears on their label. In fact, a study published in 2017 tested 84 products and found that 26% contained less CBD than labeled, 43% contained more CBD than labeled and 31% were accurately labeled.

“Most companies do not know how to homogenize their products,” said Adam of this disparity. “As a result, the same company may easily produce product with varying levels of CBD. And, unfortunately, some companies don’t have the best intentions. They take advantage of the fact this the industry is new and growing and the regulatory process is still evolving. That is why it is important for consumers to know the product and the farmer.”

Get to know FusionCBD and what we have to offer. Full-spectrum CBD hemp products as well as improved genetics for our partner farms to increase the quality of CBD for everyone. We are not satisfied with where the industry is at and are doing our part to improve it for a more healthy future for all.

Check out our full line of products.

10 winners are drawn randomly at the end of every month for a gift bag filled with full-spectrum Fusion CBD products ($100 value). We never spam or share your email and send out bi-monthly emails notifying you of product updates and exclusive offers. Check the box to officially enter the giveaway via Facebook Messenger (U.S. residents only).