If you had asked either of Fusion CBD’s Founders in 2008 if they would be in the hemp business in ten years, neither would have come guessed it. But in reality, the building blocks were already in place for that to happen.

Adam Kurtz grew up in upstate New York, a third generation farmer. But Adam left that all behind for a fast-paced life as a professional photographer in New York City.

Ed McCauley ran the McCauley Custom Homes business for 30 years. However, his joy had more to do with his interest in the adventure of building companies, not necessarily homes.

They initially met in October of 2015 at Ed’s home office in Orange Co, New York. Following that meeting, both of their lives took a turn back to exploring their new found shared vision and passion .

From Plants to Photos to Hemp Business 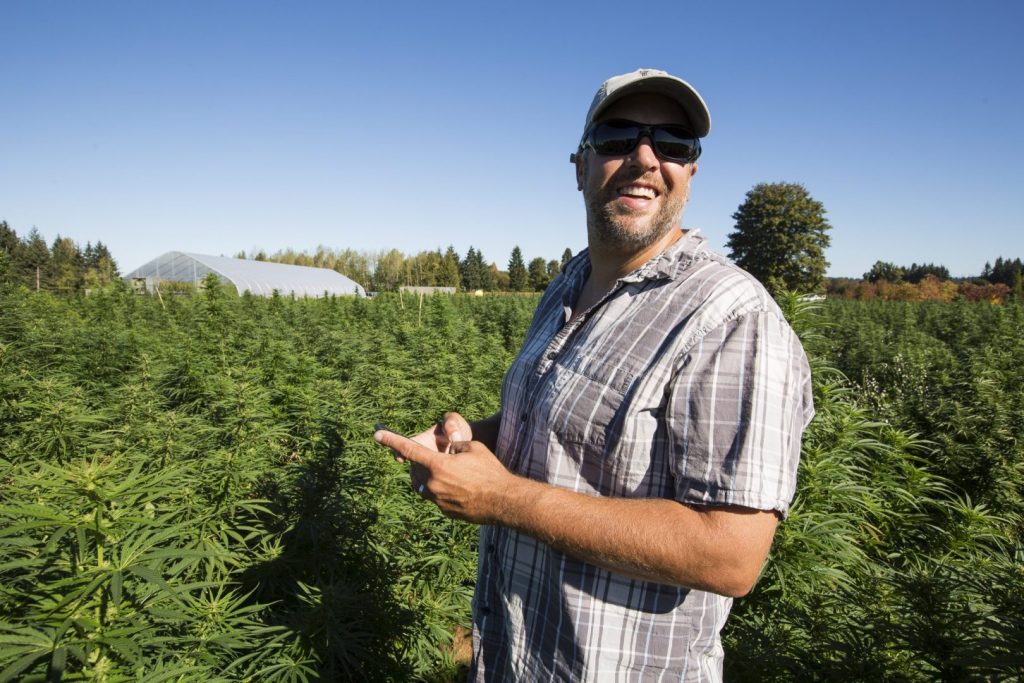 Adam’s grandparents were dairy and vegetable farmers. His parents later founded Grammy’s Garden, a fresh-cut plant business that operated for over 30 years. Grammy’s Garden was a 12-acre plant farm that produced 200-300 varieties of plants. This is where Adam spent his childhood helping on the family farm. Grammy’s Garden brought over 200,0000 plants a year from seed to market. Adam grew up learning about the real-life successes and challenges of running a family farm, watching and helping his parents.

As an adult, Adam became a professional photographer. He married and he and his wife had a little girl. In 2013 he helped his family sell off their farm equipment when his parents retired from the farming business. However, something struck him as a part of the process. Maybe there was more to farming than he understood in his youth.

There was no denying it – farming was in his blood. In 2014, less than a year after selling his parents equipment, Adam began looking at jumping into farming once again. He was inspired to by the legalization of medical marijuana in New York and the potential of hemp farming. He decided to focus his attention on industrial hemp and the benefits of CBD alone, without the THC.

In 2015, Adam met Ed and the idea of forming a hemp business began to more seriously take form.

The timing for Adam’s family was good his wife’s employer, Mercedes Benz, was relocating its headquarters to Atlanta. The choice to make a move and start the hemp business was born. Hemp farming went from an idea to being a reality within three months. Adam and his family moved west to Oregon.

For Adam, moving his young family across the country to start a new life was a big decision. Based upon Oregon’s vast availability of fertile land, the choice or which state to land in was relatively easy. Adam’s family settled in Boring, Oregon. He then went to work building a 3,000 square-foot greenhouse on a piece of farmland 45 minutes east of Portland.

Adam’s original inspiration, his parents Mark and Sandy, traveled to Oregon to help him build the first greenhouse. 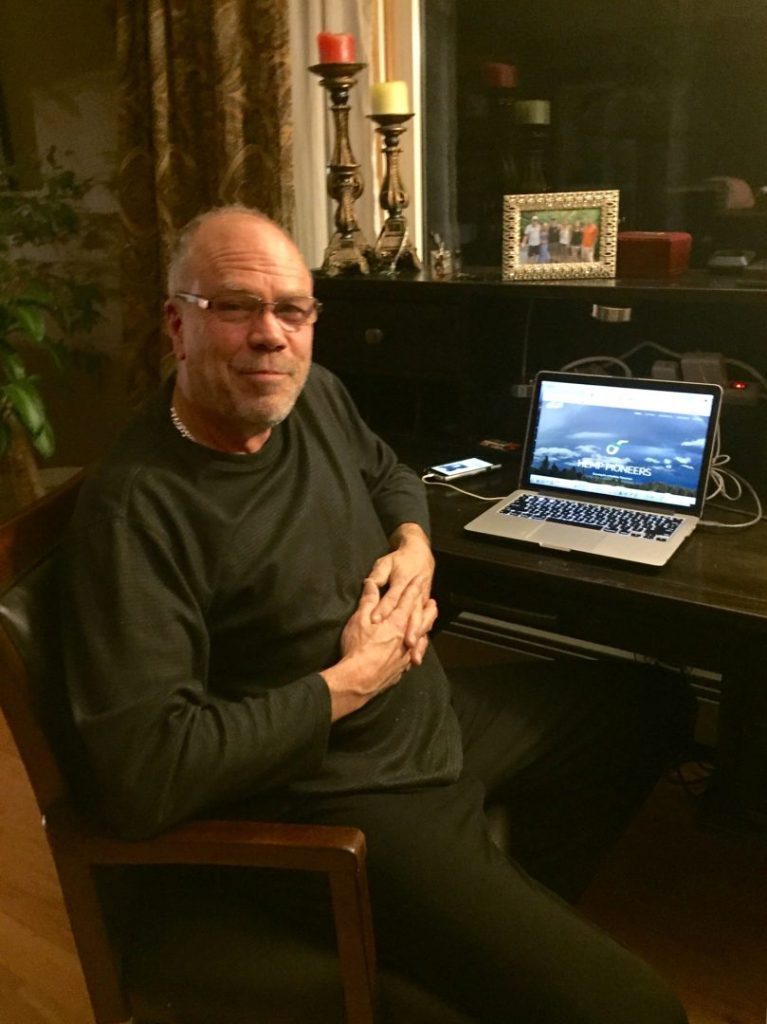 Ed McCauley started a small residential contracting company in his early 20’s. He quickly developed a passion for design and appreciated the value of being self-employed. This included a philosophy on being able to tackle any project, large or small, and enjoying the challenges that went along with this thinking. It wasn’t long before he found himself doing design, consulting, and engaging in major, high-end residential construction projects.

Then the economy started to turn. It was clear that the industry was shifting, making it far less enjoyable. In his fifties, he would ask himself, “What am I gonna do when I grow up?”

It was exactly at this time that Ed was introduced to Adam by a mutual friend. Adam presented Ed with this “crazy idea” about starting a farm and hemp business somewhere on the west coast. What Ed knew about the hemp business and the law surrounding it, could be summarized on any given day watching the network news.

But Ed was open-minded and in a few short meetings with Adam, they shook hands on the basic idea of their hemp business. Utilizing Adam’s rediscovered passion for farming and seed genetics and Ed’s love for the adventure of business building, a company was born. In early 2016, the two formed Oregon Fusion L.L.C.

Fusion CBD is Born in Boring

The first year, Ed flew to Oregon almost every weekend to help Adam with the harvest. Ed recalls sitting on the back of Adam’s truck, in the rain, looking at Mt. Hood and asking himself, “How did I get here?” Since then, there has been no looking back, only forward. And this is where the shift from being just a partner in the hemp business started becoming his main interest. By the middle of 2017, Ed was completely done with what he had been doing.

It was official, Ed and Adam were in the hemp business.

What began as a simply a business opportunity however has grown into so much more. When they started the hemp business, they called it Oregon Fusion as their first farm is based in Boring, Oregon.

Their hemp business has grown and with it connections to other local farmers who are interested in hemp as a sustainable crop for their farm land. They changed the name to Fusion CBD in 2018 to reflect the network of local farms they are helping introduce to the hemp business.

In a short span of time Fusion CBD has been able to adapt in a rapidly evolving industry. The excitement that Adam and Ed share seeing how Fusion CBD’s products bring major positive change in people’s lives is nothing more than they could have imagined.

However, beyond those personal CBD testimonials comes the thrill of participating in contributing to revitalizing the local farming industry. It’s no secret that farming has been a declining industry for decades, with local family farms hit the hardest. The hemp business has the opportunity to effect major change for many generational farmers by showing them how to farm hemp and helping them participate in a profitable alternative agricultural crop.

Adam and Ed are excited to be actively involved in bringing their CBD products to consumers while simultaneously helping other small farmers by providing technical support and advanced hemp genetics.

Adam continues to farm and develop new and more effective genetics strains of hemp and identify more effective CBD / Terpene profiles on the west coast in Oregon. Meanwhile, Ed works to expand the company’s product line, building infrastructure, and managing sales and day-to-day operations, out of the main office in Bergen County, New Jersey. While also recruiting other farmers to get in on the ground floor of the hemp business with the scientific and business help of Fusion CBD.

Most recently, Fusion CBD is engaged in helping the entire hemp industry move forward in terms of scientific validation by opening a clean room for advanced hemp research in cooperation with the Touro College of Osteopathic Medicine.

Fusion CBD continues to expand its network of partner farms and their own line of full-spectrum hemp products. What started as a brief meeting about getting something started, paper napkins, big ideas as taken root and Fusion CBD is expanding its footprint on a industry that is only going to become more of a factor in people’s lives.

PrevPreviousFull-Spectrum CBD vs. Isolate CBD – What is the difference?
NextGovernment Gets Something Done! The Farm Bill.Next
Fusion Freebies